Your newest online source for the talented British actor!
Welcome to Charming Henry Cavill, your newest source for the talented British actor! Here, you will be able to find news, photos, and information to keep you up-to-date with what is going on with his career. You may know Henry from "The Tudors", Immortals, The Man from U.N.C.L.E., being the DECU's Clark Kent/Superman, and most recently "The Witcher". We are a proudly paparazzi-free fansite and respect Mr. Cavill's privacy. If you have any questions, comments, or concerns; don't hesitate to contact the webmistresses.
Published on In
Gallery Henry Cavill Screen Captures

I have added 500 screen captures into the gallery from Henry’s appearance on The Graham Norton Show Friday night.

I have just added photos from tonight’s red carpet world premiere for season two of The Witcher in London into the photo gallery. I have also added digital scans from this month’s issue of GQ Spain as well!

Henry Cavill Breaks Down His Most Iconic Characters

GQ sat down with Henry to discuss his most iconic characters. 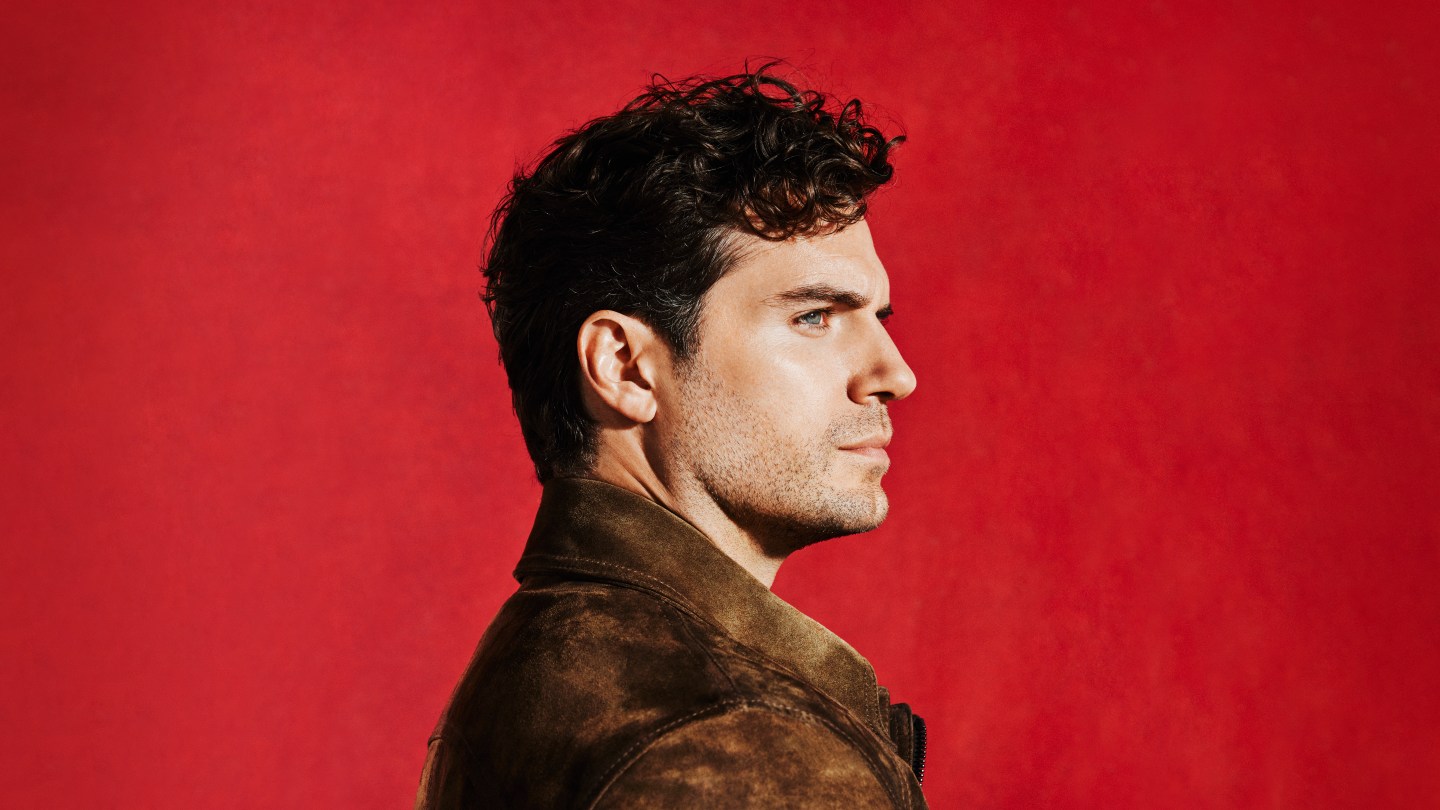 The British actor with a soldier’s discipline, a gentleman’s demeanor and a high tolerance for “extreme punishment” opens up about ‘The Witcher’ season 2, ‘Highlander,’ his Superman and ‘Mission Impossible’ futures — and the elusive spy role directors insist he was “born to play.”
Henry Cavill stands in a Miami hotel room looking like a comic book drawing made real. He’s 6-foot-2 but seems taller because he’s so broad. His muscles stretch an ordinary camel-colored knit shirt into a bulky superhero outfit. “I’m amazed how many people recognize me with a mask on,” the actor says, and it’s unclear if he’s being modest or truly doesn’t know how cinematic he looks — even his wavy jet-black hair with its jagged widow’s peak would give him away (you may recognize this hairline from films such as Mission Impossible: Fallout).

Yet as we sit down for the first of our two interviews, Cavill’s brawn is quickly contrasted by his genteel demeanor that his colleagues say is typical of the 38-year-old Englishman. Take the way the Witcher actor typically starts his days on set: Cavill will select a crewmember, say hello, shake their hand and ask how their day is going. Then he’ll approach another crewmember and do the same — then another and another and …

“It’s to the point where sometimes our ADs are like, ‘OK, we have a huge crew, you can’t ask everyone,’ ” says The Witcher showrunner Lauren Schmidt Hissrich.

Explains Cavill: “A set is often rush-rush-rush, and we forget the basic human decencies. I want people to know I respect everything they do and they’re just doing a job like I am. To me, it’s just respect and good manners.”

It’s a characteristically nonchalant answer from somebody whose approach to his work is anything but casual. From Cavill’s recent selection of roles to his work ethic to his social media engagement, his strategic deliberation reflects the hard-core gamer that he is.

He’s played Superman in a trio of DC films (which have grossed more than $2 billion), launched The Witcher franchise (Netflix’s most watched original series until Bridgerton came along) and had a scene-stealing turn in 2018’s Mission Impossible: Fallout (which brought in $800 million worldwide as the highest-grossing film in the franchise). All of this has positioned Cavill as arguably the biggest action hero in the world who isn’t a household name — yet.

“It’s not like there was something in the water in the 1930s and ’40s that there isn’t today,” McQuarrie says. “Movie stars are not as abundant now for two simple reasons: The industry wanted and cultivated stars, and there were people ready to do the work required to be stars. Henry is in the category of somebody hell-bent on doing the work, and that work is hard.”

Cavill is certainly working more than ever, set to star in John Wick director Chad Stahelski’s reboot of the action-fantasy Highlander, reprise his role as Sherlock Holmes in the Netflix sequel movie Enola Holmes 2, and head the all-star cast of Kingsman director Matthew Vaughn’s spy thriller Argylle. And Dec. 17, The Witcher returns for season two (with Cavill having just signed a new deal paying more than $1 million per episode, sources say). There’s also never-ending speculation that Cavill might be in line to play the most highly coveted character in action cinema — James Bond.

For his part, Cavill acts vaguely perplexed by all this. “Something has changed, something has shifted,” he says of his busy coming slate. “After 21 years of hard work, I have three jobs lined up. Maybe it’s me, maybe it’s my approach, maybe my value as a commodity increases being attached to things like The Witcher. Now I can really focus on the storytelling and grow from here.”

Head over to The Hollywood Reporter to read the full article!

"The Witcher" [2019 - ]
as Geralt of Rivia
Geralt of Rivia, a solitary monster hunter, struggles to find his place in a world where people often prove more wicked than beasts.
Information • Photos • Official Site

Enola Holmes [2020]
as Sherlock Holmes
When Enola Holmes-Sherlock's teen sister-discovers her mother missing, she sets off to find her, becoming a super-sleuth in her own right as she outwits her famous brother and unravels a dangerous conspiracy around a mysterious young Lord.
Information • Photos • Official Site

courtesy of august-walker on Tumblr

Charming Henry Cavill is not in any way affiliated with Henry Cavill or any representation there of. Please remember, we am NOT Henry. This is a fan-made and managed website. All content is copyright © 2020-2021 to Charming Henry Cavill unless otherwise stated. Hotlinking is forbidden. If you feel any of the material rightfully belongs to you and want it removed, contact us and it will be taken off without question. If you have any complaints please contact us before taking any action. We are proudly paparazzi-free and respect Mr. Cavill's privacy.
We use cookies on our website to give you the most relevant experience by remembering your preferences and repeat visits. By clicking “Accept”, you consent to the use of ALL the cookies.
Cookie settingsACCEPT
Privacy & Cookies Policy

This website uses cookies to improve your experience while you navigate through the website. Out of these cookies, the cookies that are categorized as necessary are stored on your browser as they are essential for the working of basic functionalities of the website. We also use third-party cookies that help us analyze and understand how you use this website. These cookies will be stored in your browser only with your consent. You also have the option to opt-out of these cookies. But opting out of some of these cookies may have an effect on your browsing experience.
Necessary Always Enabled
Necessary cookies are absolutely essential for the website to function properly. This category only includes cookies that ensures basic functionalities and security features of the website. These cookies do not store any personal information.
Non-necessary
Any cookies that may not be particularly necessary for the website to function and is used specifically to collect user personal data via analytics, ads, other embedded contents are termed as non-necessary cookies. It is mandatory to procure user consent prior to running these cookies on your website.
SAVE & ACCEPT